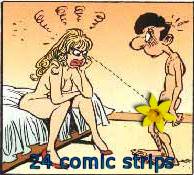 A doctor was having an affair with his nurse. Shortly afterward, she told him that she was pregnant. Not wanting his wife to know, he gave the nurse a sum of money and asked her to go to Italy and have the baby there.

"But how will I let you know the baby is born?" she asked.

He replied, "Just send me a postcard and write "spaghetti" on the back. I'll take care of expenses." Not knowing what else to do, the nurse took the money and flew to Italy.

Six months went by, and then one day the doctor's wife called him at the office and said, "Dear, you received a very strange postcard in the mail today from Europe, and I don't understand what it means."

The doctor said, "Just wait until I get home and I will explain it to you."

Later that evening the doctor came home, read the postcard, and fell to the floor with a heart attack. Paramedics rushed him to the hospital emergency room. The head medic stayed back to comfort the wife. He asked what trauma had precipitated the cardiac arrest.

A young girl had been suffering from severe headaches and had tests run by her doctor. The doctor said, "I'm sorry miss, but you have a massive brain tumor."

The girl started crying and said to her mom, "I'm only 15 years old. I don't want to die."

The doctor said, "Well this is modern medicine. There is an experimental technique for a brain transplant, but it's expensive and not covered by insurance."

The girl's mother said, "Don't worry, dear. How much does it cost?"

Three expectant mothers were sitting in the waiting room. Two of the ladies began to chat about their pregnancies, and their due dates and such.

One of the women said to the other, "I happen to know that my baby is going to be a boy, because when my baby was conceived, my husband was on top."

Replied the other woman, "Oh! That must mean that I'm going to have a girl, because when my baby was conceived, I was on top."

The third woman suddenly burst noisily into tears. Concerned, the other two turned to her and asked, "what's wrong?"

She wailed tearfully, "I'm afraid that I may be having a puppy!"

The Un-Associated Press reported in a news bulletin today that a pregnant woman who has been in a coma for nine months following an automobile accident has given birth to twins, a baby girl and a baby boy. Awakening from her coma and learning that she had given birth to twins, she asked if names had already been given to them.

"Yes," her doctor informed her, "because we didn't know if you would ever come out of the coma, your brother Henry gave them their names."

"Oh dear God," the woman moaned, "my brother, Henry, is the family idiot. What in the world did he name them?"

"He named the baby girl Denise," answered the physician.

"Well, that's not so bad," the woman replied. "What did he name the baby boy?" The physician responded regretfully, "DeNephew."

One afternoon, a man went to his doctor and told him that he hasn't been feeling well lately. The doctor examined the man, left the room, and came back with three different bottles of pills.

Startled to be put on so much medicine, the man stammered, "Jeez Doc, exactly what is my problem?"

The doctor replied, "You're not drinking enough water."

A young man had completed medical school. He went back home to the small town to work with his father. They went out the first day to make house calls. As they went in the first house the father said now you watch me so you will know what to do.

Inside, a woman was in the bed and she looked terrible. The old doctor checked her out. He was making notes when he dropped his pen to the floor. He picked it up and told the woman she need to quit cleaning and working so hard in her house, she just needed rest.

When they got outside, the son asked how he knew that she was cleaning too much. The old doctor said that when he dropped his pen, the floor was so clean that there wasn't a speck of dust anywhere.

When they arrived at the next house, the father told his son that it was his turn to examine the patient. At this house too, the woman was in bed, looking terrible. The young doctor took her blood pressure and pulse, asked a few questions, and made some notes. Then he dropped his pen and reached down to pick it up. He told the woman that she was doing too much church work, and needed to cut down on what she did.

When the two doctors went outside, the old doctor asked the young one how he knew that she was doing too much church work.

The young one said, "Well, when I bent down to pick up my pen, I saw the preacher under the bed."

Doctor, "I have some bad news and some very bad news"
Patient, "Well, might as well give me the bad news first"
Doctor: "The lab called with your test results. They said you have 24 hours to live"
Patient, "24 hours! That's terrible! What could be worse? What's the very bad news?"
Doctor, "I've been trying to reach you since yesterday"

This old man visits his doctor and after a thorough examination, the doctor tells him, "I have good news and bad news, what would you like to hear first?"
Patient, "Well, give me the bad news first"
Doctor, "You have cancer, I estimate that you have about two years left"
Patient, "OH NO! That's awful! In two years, my life will be over! What kind of good news could you probably tell me, after this???"
Doctor, "You also have Alzheimer's. In about three months you are going to forget everything I told you" 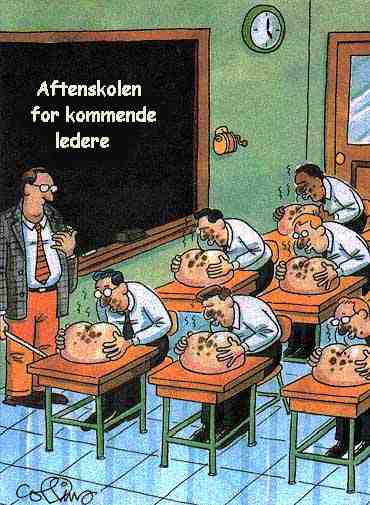